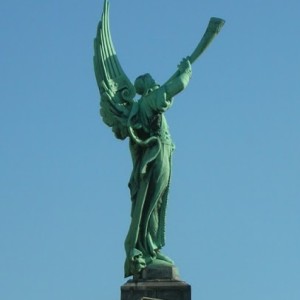 The Story of the Circle

In 2012, the U.S. Province of the Society of Helpers began the process of answering a call to establish a women’s community center. Our goal was to create a place to provide resources, support and programming to a population of women over-burdened with responsibilities and marginalized by institutionalized discrimination or abuse. What began as a response to a calling has become a thriving resource center serving the women of Brighton Park on Chicago’s south side.

We chose the name The Circle for this project because of the significance of women being part of a circle. “What transforms a meeting into a Circle is the willingness of women to shift from informal socializing or opinioned discussion into a receptive attitude and deep listening.” This inspiration came from a prayer written by Marilyn Dam-Rabolt in 2009.

Women in this country are still vulnerable, over-burdened with responsibilities and marginalized by institutionalized discrimination and abuse. At the same time, they carry the responsibility of raising children and tending to their families. Many times women do not find the help they need because of scarce resources. We know that many of them do not have the space or the time to even take an hour for their own care. The Circle has its own life … It’s the energy that moves the spirit that fills this place.

We chose Brighton Park because there are few services or resources available to the women in the area.  Formerly the rectory of St. Agnes Parish, a church that was demolished in the early 2000s, this building is over one-hundred years old.  Architects for Humanity helped rehabilitate the building to its former glory and The Helpers moved into the building in June 2013.

The Circle held its first open house on July 27, 2013 to an overwhelmingly positive response. Executive Director Sister Alicia Gutierrez, SH, and many other Helpers worked quickly to immediately begin offering programs. The Helpers are honored to accompany women on their journeys, to help them to face the challenges in their lives. The Circle’s programming is designed by the women of The Circle, empowering them, giving them the tools to understand themselves better and navigate their lives as they care for their children and their families. The Circle gives women a time and place to focus on themselves.

Copyright © 2015 The Circle Resource Center .
Back to Top